Facebook merges Messenger with Instagram to foster an integrated chat system on both apps. Instagram users on both iOS and Android platforms may soon see the Messenger logo replace the DM icon on the top right corner of their home screen.

This update will allow users to browse through a new messaging screen where they can connect with friends who use Facebook. This feature is expected to roll out in stages, meaning that some regions will get this update quicker than others.

In addition to combining the chats of both services, the update also adds some of the options previously available on Facebook Messenger, including colourful chats, reactions with any emoji, and swiping to reply to individual messages.

Facebook has been planning to merge WhatsApp, Instagram, and Messenger chats into a single app for some time. Now, the company has taken the first actions to make this happen.

Also, asides from letting users connect with friends who use Facebook, the new features include emoji reactions, an overhaul of the chat screen, and a feature that lets users respond to messages instantly by swiping right.

This most recent update is in line with Facebook’s intention to integrate Messenger with Instagram. Earlier this year, Instagram started letting users create new Messenger rooms and invite friends to join in.

A report reveals that incorporating Instagram with Facebook Messenger is optional for now and users can decline it. 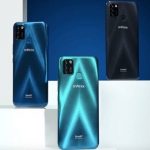 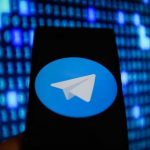